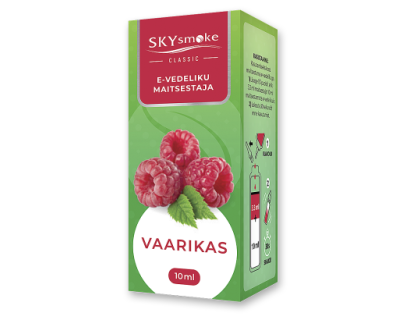 This raspberry flavored SKYsmoke e-liquid aroma captures the taste of natural, wild raspberries. This e-liquid aroma is popular among those who are not partial to strong flavors but appreciate a mild sweet and fresh taste.