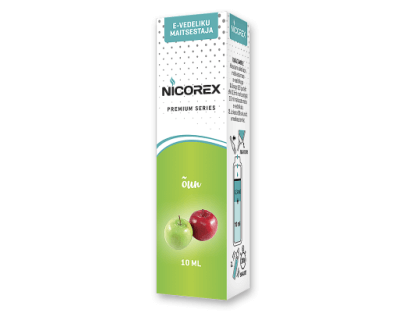 This green and red apple-flavoured electronic cigarette liquid aroma has a refreshing effect on all e-cigarette users.